Swami Chinmayananda, the founder of Chinmaya Mission spread the sublime knowledge of the Upanishads to modern man.
The life of Swami Chinmayananda was one of extraordinary spiritual strength, immeasurable love and tireless service. In less than half a century, he has left behind a worldwide organisation, hundreds of institutions, and millions of devotees. This was all aimed at a single theme, discovering the Eternal within. 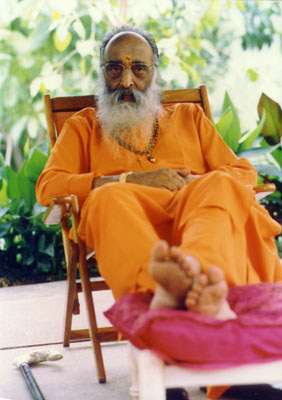 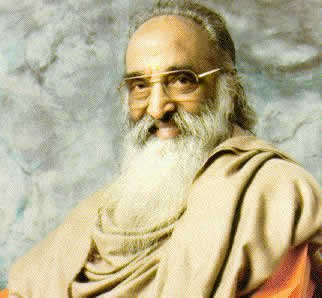 Swami Chinmayananda was born on May 8th, 1916 as Balakrishna Menon (Balan) in Ernakulam, Kerala. His family was very devout in their religious life and had regular contact with holy men. This influence moulded Balan’s mental and moral make-up preparing him for the mission of his life ahead. Balan excelled with his education graduating in Science, Political Science, Law and English Literature at Lucknow University. A man of strong ideas and idealism he entered the field of journalism where he felt he could influence political, economic and social reform in India. At this time he met Swami Sivananda at Rishikesh and became very interested in the spiritual path. Here he found the answers that he was seeking.

Balakrishna Menon took monkhood from Swami Sivananda to become Swami Chinmayananda – the one who is saturated in Bliss and Consciousness. Swami Sivananda saw the potential in Swami Chinmayananda and sent him to study under the greatest Teacher in the Himalayas – Swami Tapovan Maharaj.    Swami Chinmayananda studied for 12 years under Swami Tapovan’s guidance, leading a very austere and rigorous life. Then he felt a deep inner urge to share his knowledge and wisdom with the mass of humanity. He descended to the plains and held his first yagna in Pune to a small group of three people. This humble beginning rapidly expanded to more than 500 series of lectures given to audiences numbering thousands.

During his 40 years of traveling and teaching, Gurudev opened numerous centres and centres worldwide, he also built many schools, hospitals, nursing homes and clinics. As well as reinvigorating India’s rich cultural heritage, Swami Chinmayananda made Vedanta accessible to everybody regardless of age, nationality, or religious background. On 3 August 1993, in San Diego, USA, Swami Chinmayananda attained Mahasamadhi. He worked tirelessly to the very last moment and created an international spiritual revolution. 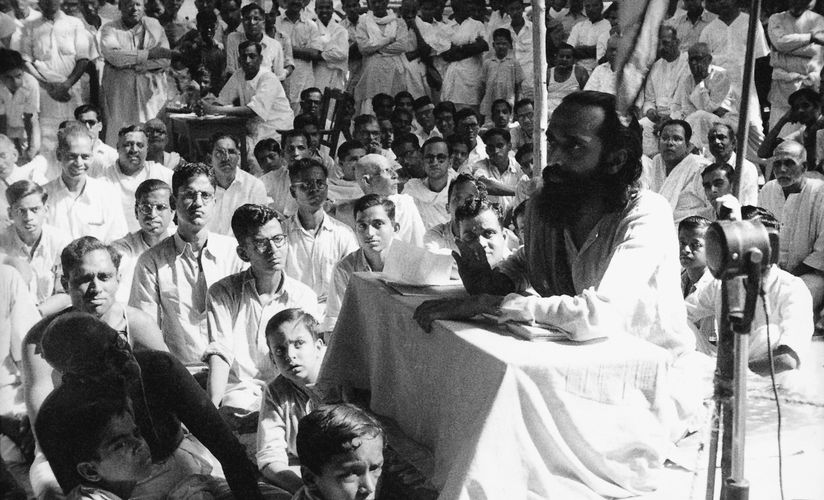 Here is a list of our upcoming events. You can view the full list by clicking here.
Current Month